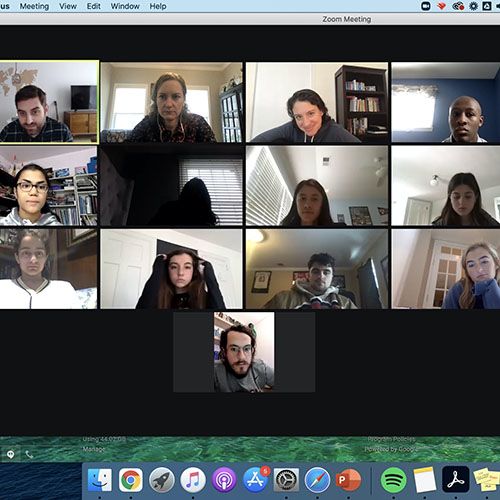 Is it possible to simulate for students the eye-opening, transformative experience of international travel in a virtual format? Over Winter Break, Director of Global Education and Engagement Julia Dunbar and History Department Chair Dr. Megan Jones gave it a try.

Read More about Transforming Global Travel into a Virtual Experience 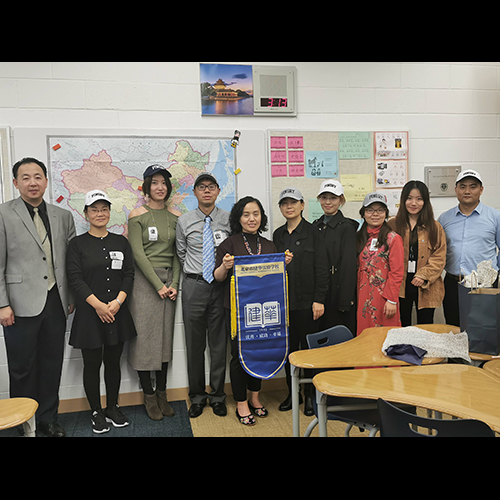 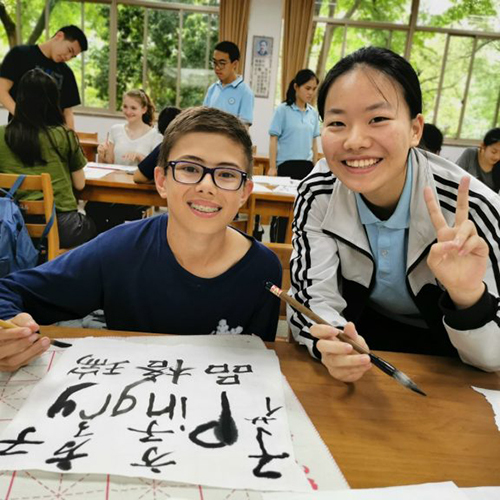 One of several Pingry students to participate in a Global Field Studies Program to China in June, John Paul shares some of the highlight experiences he will not soon forget.

Read More about In My Own Words: John Paul Salvatore '23 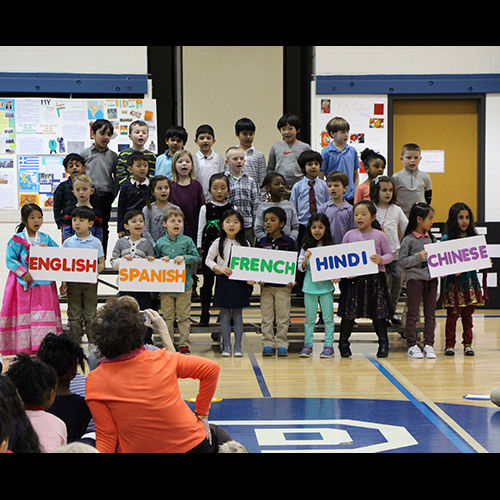 Is it possible to simulate for students the eye-opening, transformative experience of international travel in a virtual format? Over Winter Break, Director of Global Education and Engagement Julia Dunbar and History Department Chair Dr. Megan Jones gave it a try.

No single endeavor is perhaps more at odds with pandemic life than travel. How then, do you simulate for students the eye-opening, transformative experience of international travel in a virtual format? Is it even possible? Would students, already beset by Zoom fatigue, even want to participate?

These were the questions Director of Global Education and Engagement Julia Dunbar contemplated this past fall, knowing that Pingry's successful Global Field Studies Programs would likely be put on hold for the 2020-21 school year. She wanted to offer students some sort of global experience—if not place-based, at least illuminating and meaningful. 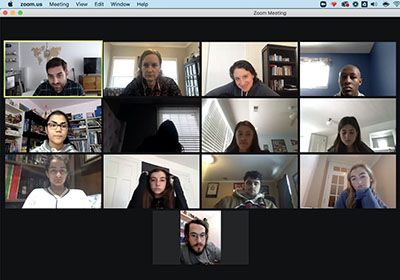 For help, she reached out to Dr. Megan Jones, History Department Chair, with whom she led students on a 13-day travel course to the Balkans in 2018, a program they called "Nations at a Crossroads: Nationalism and Religion in the Balkans." (In fact, they also led a faculty version of the same trip in 2019.) Of all the Global Programs that Pingry has offered over the last several years, the two liked that the Balkans—specifically, Serbia, Croatia, and Bosnia and Herzegovina—provide a relatable, accessible lesson for students, as many current residents were in their youth when the Yugoslav Wars took place in the 1990s. What's more, given the current political context, the concept underlying the program—nationalism—resonates.

"We were excited to take a program we had run previously in-person and try to distill down into a remote format what we thought was most valuable and impactful for students," explained Ms. Dunbar. Top of the list was the opportunity to meet and speak with actual residents of the countries—this connection, according to Ms. Dunbar, has proven to be one of the most valuable aspects of Pingry's in-person travel courses. 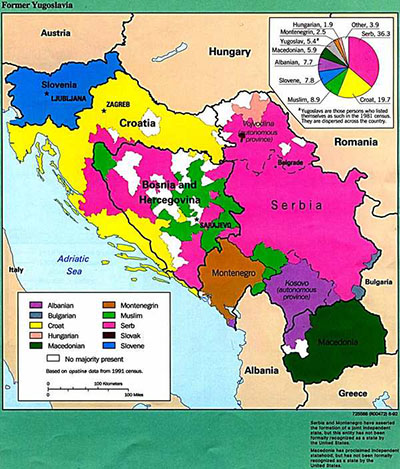 And so, the pair began planning for Pingry's first-ever virtual Global Program. Ms. Dunbar and Dr. Jones partnered with Atlas Workshops, an educational organization they had worked with on earlier travel courses, which connected them to four Balkans natives. Two of the individuals are historians, which provided students with an even more nuanced look at the roots of the conflict. All were eager and willing to share their culture, via Zoom.

As is standard for every Global Program, they posed an essential question to students: What makes a nation? Their objective was to generate conversation—if not a definite answer—around this thorny question, and the complex dynamics of nationalism, identity, and conflict.

For three hours each morning, from December 21-23, nine Pingry Upper Schoolers were transported to the former Yugoslavia. After a settling in period, at least one to two hours each morning were devoted to speaking with one of the four guests, followed by debrief time at the end of the session.

"Usually, our Global Programs are completely experiential—we want students not to be tourists, but to really engage with their surroundings and the people they meet. So, we tried to frame this experience as not simply a virtual version of a travel program, but as a virtual version of Pingry's Global Programs, to really emphasize the opportunities to create connection," explained Ms. Dunbar. So, while maps and photos from their 2018 visit were shared, giving students a sense of the region, of primary importance was empowering them to ask their guest speakers thoughtful questions and learn from their shared experiences. 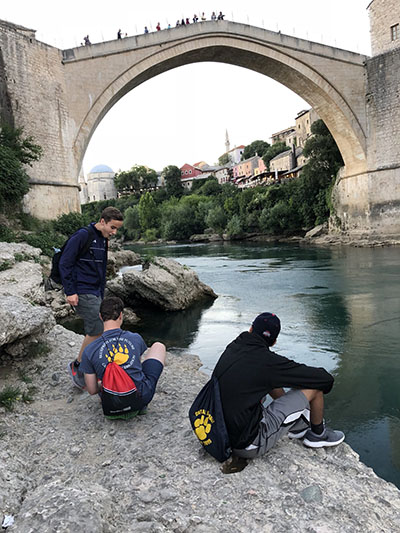 "Curiosity and wonder" led Zala Bhan '23 to spend the first three days of her Winter Break engaged in the conversation. "What I found most interesting is that despite the efforts from the media and politicians in the Balkans to further divide and peddle hostility between the ethnic groups, people sincerely want peace and unity," she shared. "Aleks, our Serbian friend [and guest speaker], explained that perhaps things would be better if the countries were good neighbors to each other, and Taib, our Bosnian friend [and guest speaker], stated that economically, too, there are great advantages. I am heartened by the ray of hope for what the future might hold!"

For Zach Ventura '22, who happened to write a research paper on the Yugoslav Wars last year, the virtual experience was an opportunity to explore the topic beyond books alone. "I was interested in learning about the perspectives of people who lived in that region . . . The interactions with them took my knowledge of this area to a much higher level," he said.

The virtual format wasn't without its challenges. For one, three hours a day for three days is hardly ample time to address the complex melding of nationalism and religion in such a historically fraught region of the world. Sensitive to screen-time, Dr. Jones and Ms. Dunbar intentionally limited the program's length order to optimize their time together.

Another challenge was the lack of pre-travel learning students are typically asked to engage in, aimed at enriching their experience once they arrive at their destination. "We didn't want to burden students with a lot of work, so we asked them to watch part of a documentary [entitled "Nationalism: Blood and Belonging"] the weekend before the course began," said Dr. Jones. "We spent part of the first day establishing some grounding facts and concepts, then really got right into conversations with people." By Day 3, students were asked to create a 2- 3-minute FlipGrid video responding to the "essential question."

All in all, Dr. Jones and Ms. Dunbar consider their first virtual travel course a success. "We were impressed by how much the students were able to learn and process in such a short amount of time, and struck by how they related what they learned from the speakers back to what they know about the U.S.," Ms. Dunbar said.

Dr. Jones noted that several speakers were curious to understand why Pingry students would sacrifice part of their Winter Break to sit on a Zoom call with foreigners. Their response? "They said they wanted to look outside of themselves, not on their own difficulties and the effect of COVID-19 on their lives, but on the difficulties others have been through," Dr. Jones reported. "They didn't want to be so self-focused, but understand and recognize the experiences and traumas of others."

As Zala expressed, "This program was not only extremely beneficial intellectually (despite being virtual), but the flexibility and excitement enabled me to take my learnings beyond Zoom," she shared. "I found that a large portion of my remaining day was spent raving to my family about what I learned—I honestly couldn't stop!"

Ms. Dunbar was so pleased with the outcome, she thinks virtual versions of their programs could continue, even when international travel resumes. "In some ways, this experience reinforced for me what I already knew: The power of in-person travel is irreplaceable. But this is a great complement," she said. "For students who can't participate in Pingry's Global Field Studies Programs, virtual courses provide another potential option. I hope that in the future we can see them as a complement to our travel programs."

Photos (top to bottom): The Zoom grid showing Pingry students and guest speakers during the school's first-ever virtual Global Program; map showing the various ethnic groups in the former Yugoslavia; during the 2018 in-person course to the Balkans, Pingry students enjoyed a view of the Old Bridge along the River Neretva in Mostar, a town in old Yugoslavia and modern-day Bosnia and Herzegovina.