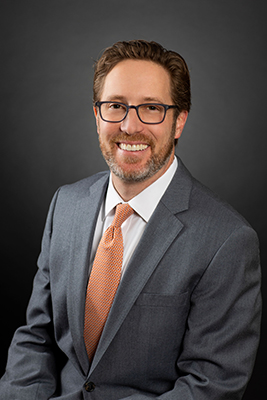 He succeeds Matt Levinson, Pingry’s Head of School since 2019, who is leaving at the end of this academic year to become Head of School at San Francisco University High School.

Ian Shrank ’71, Chair of the Pingry Board of Trustees, shared his thoughts on this appointment: “We are thrilled to have chosen an exceptional leader and educator who is deeply aligned with Pingry’s core values and ready to move our strategic priorities forward in a way that unites the entire school community. Tim is already a well-known, trusted, and respected leader—both at Pingry and within the broader community—and the Board of Trustees has full confidence in his ability to take Pingry to even greater heights.”

Mr. Lear has served as Pingry’s Assistant Head of School for Guidance and Student Life since July 2021, a position that includes building and leading a K-12 Counseling and Academic Support Team, as well as helping to guide the School’s practices in SEL (social-emotional learning) and DEIB (diversity, equity, inclusion, and belonging). Previously, he served for a year as Dean of College Counseling and Director of Student Support Services. He spent his first 13 years at Pingry as Director of College Counseling, during which time he also added programs to help students navigate the college process, expanded the College Counseling Office from four to six counselors, and redesigned the office’s leadership structure.

Recently, Mr. Lear was also a member of the Purnell School/Pottersville Campus Task Force when Pingry was considering its since-finalized purchase of a third campus. He has also served on the Academic Committee, been Co-Chair of the search for Upper School Director, and served as a member of the Steering Committee when Pingry undertook an extensive, three-year Curriculum Review a decade ago.

In the classroom, Mr. Lear has designed and taught Upper School English electives since 2007, including Shakespeare, Ethical Dilemma, and Contemporary Poetry. A 2007 inductee into Pingry’s Athletics Hall of Fame for his achievements as a cross country runner, he has been Assistant Coach of Pingry’s Boys’ Varsity Cross Country Team since 2010.

Prior to returning to Pingry, Mr. Lear worked for 10 years at Oak Knoll School of the Holy Child, where he started as an Upper School English Teacher and then added Director of College Counseling to his responsibilities.

“It is truly the honor of a lifetime to have been chosen to serve as Pingry’s next Head of School,” Mr. Lear said. “I am excited to continue to tell Pingry’s unique and evolving story; to build on its promise to emphasize character and inspire joy; to hold in esteem Pingry’s Honor Code and mission; and to further define what well-being, success, and community mean at Pingry.”