Assistant Coach on the Boys' Varsity Baseball and Basketball Teams for the last year, Robert Hoepfl was recently named Head Coach of the Girls' Varsity Basketball Team, taking over from Courtney Tierney, who successfully led Big Blue for nine years. 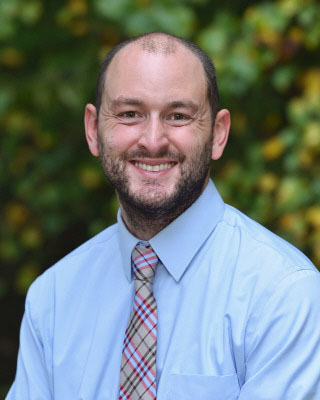 Mr. Hoepfl joined Pingry in August 2019 as an Upper School History Teacher, adding Math Teacher to his schedule a year later. He arrived at the school from the West Coast, having served as Athletic Director at Oregon's Warrenton High School for four years, overseeing 12 sports programs and 26 teams. He also taught social studies at the school, mentored several student programs, and coached the girls' varsity basketball team, taking them from a record of 2-22 to a sixth-place state finish and a record of 21-9 his last year with the team. During the 2017-18 season, he was named the Lewis and Clark League Coach of the Year.

Mr. Hoepfl earned his B.A. in History from Northwest Christian University, where he played basketball; a master's in secondary education from Grand Canyon University; and a master's in educational administration from Fort Hays State University. His wife, Jessica, is also a coach and P.E. teacher at Pingry.

"After a thorough search, it became apparent that the next coach for the Girls' Basketball Team was within our own four walls at Pingry," said Director of Athletics and Community Wellness Carter Abbott. "A consummate professional, experienced coach of girls, and a basketball junkie, Robert Hoepfl is the next chapter of Pingry girls basketball. Bringing enthusiasm and expertise to the court, Robert hopes to take an experienced team to the next level."