A devoted, three-season coach for the last decade, Mr. Shilts led Big Blue to one of only two state playoff victories in the school's history, defeating Holy Cross, 24-20, in 2012. In 2017, the very first year in their new league—the Metropolitan Independent Football League—they defeated defending champions Hackley, 15-6, cementing their standing. Far more than stats and wins, however, Coach Shilts will say his most indelible memories come from the smaller moments—the senior speeches that galvanized the team; the smart, selfless plays on the field; the palpable electricity in the hallways of the Upper School before a big game; and most of all, the student athletes and fellow coaches he worked with.

When asked what highlights from his Big Blue coaching tenure stand out to him, he replies, in part, "I remember football mattering to these kids. I remember them putting on their yearbook pages, 'The most important person on the team is the kid standing next to you.' I love the coaches who worked with me; I love the kids who played for us; they're all part of the 13-year team."

Mr. Shilts will continue to serve as Head Coach of both the Winter and Outdoor Track & Field Teams.

A New Jersey State Coaches Association Hall of Fame inductee, Mr. N. Richard (Rick) Mantz joins Pingry from Rutgers University, where he served as Director of High School Relations for the last five years. (In fact, it was a return to the team, as he served as an Offensive Line Coach for the Scarlet Knights from 1990-92.) Among numerous duties, he coordinated with high school coaches, athletic directors, and players on site and at various clinics and recruiting events across the country. He also evaluated, recruited, and conducted all Rutgers try-outs, traveled with the team to away games to manage logistics and security, and directed all on-campus summer football camps. 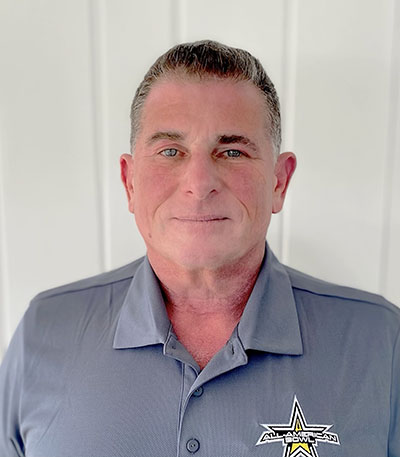 Prior to his time at Rutgers, Mr. Mantz served as Assistant Athletic Director and Head Football Coach of Passaic City Schools (2014-15) as well as South Brunswick Township Schools (2007-08, 2010-14). At South Brunswick, in 2007, he was honored by the New York Giants/NFL as "Coach of the Week" after clinching the program's first playoff berth in 30 years. Four years later, he led the team, 10-1, to their second Greater Middlesex County Conference Championship, with a #1 seed in the Group IV playoffs. In 2012, one of his players, Mohamed Sanu, was drafted in the third round by the Cincinnati Bengals.

From 1992 to 2007, Mr. Mantz served as Head Football Coach, Assistant Athletic Director, and Social Studies Teacher at his high school alma mater, Hillsborough, leading the team to a 12-year program record of 81-39 (.675). Career highlights with the Raiders include a Group IV State Championship victory in 2000 (9-2) and a Group IV State Semifinals appearance in 2004 (9-2). Also in 2000, he was named the New Jersey Football Coaches Association "State Coach of the Year." By the end of his tenure at Hillsborough, he had coached three players who later advanced to the NFL, two of whom went on to Superbowl wins.

In addition to his coaching, teaching, and recruiting work, Mr. Mantz is president of Winning Concepts, LLC, a sales consulting and business development company he founded in 2006.

Inducted into the Hillsborough High School Hall of Fame in 2019 as both a player—on their 1980 State Championship Team—and as Head Coach of another State Championship team 20 years later, Mr. Mantz earned his B.A. in Communications from Rutgers University as well as a Master's in Education.

A former president and current membership chairman of the New Jersey Football Coaches Association, Mr. Mantz is a member of the Shaun O'Hara Foundation's Board of Directors as well as a member of the High School Selection Committee for the Maxwell Football Club.

"Mr. Mantz's tremendous knowledge of football, his reputation for caring about his program, his ability to connect with his players, and his remarkable energy and positivity make him an invaluable asset to our program," said Director of Athletics Carter Abbott. "In fact, one of his references noted that, "if you hire Rick, you will be getting more than just a great football coach, you will be getting a great leader."