Pingry's Jazz Ensemble, led by Music Teacher Sean McAnally, took the stage for an all-school performance prior to Spring Break, giving them an opportunity to shine before their friends and classmates. The group consists of saxophones, trumpets, trombones, woodwind, piano, bass, drums, and guitar. (Given the post-Spring Break environment with an empty stage due to remote learning, this concert is a fond memory, and we anticipate the time when we can be together again for a future performance.)

Accompanied at the piano by Mr. McAnally, the ensemble offered four selections for an audience that cheered the players' solos: Sammy Nestico's Front Burner, Hoagy Carmichael's Georgia on My Mind (the official state song of Georgia since 1979), Neal Hefti's Splanky, and Count Basie's Jumpin' at the Woodside.

With this concert, the School's three major Upper School ensembles have their own all-school performances. During the school year, the Jazz Ensemble travels with the Buttondowns and Balladeers each October for a demonstration at the Lower School, and, of course, the Jazz Ensemble is featured in school concerts throughout the year. 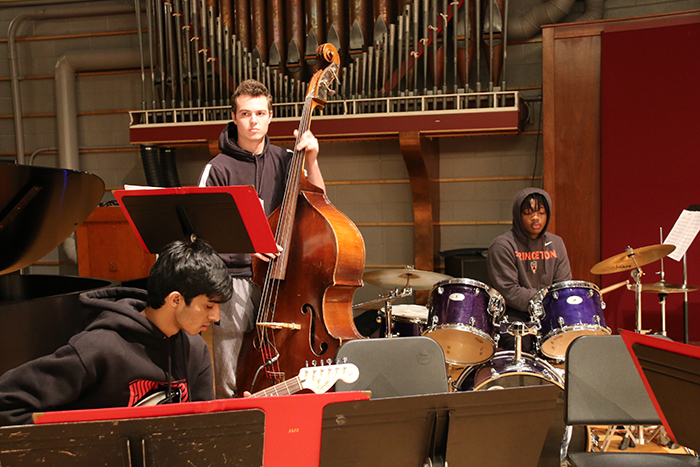