Now in its 56th year, the program was established to recognize some of the country's most distinguished seniors. The candidates were selected from nearly 3.6 million students expected to graduate from U.S. high schools this year. 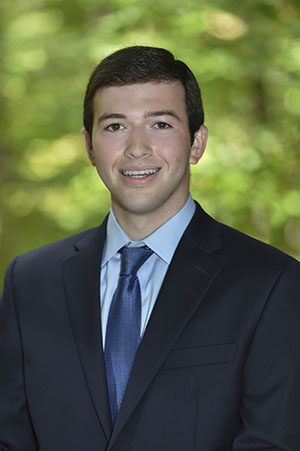 Jason Lefkort '21 has distinguished himself by balancing a rigorous course load with extracurricular involvement. At Pingry, Jason has been a four-year starter on the Varsity Squash Team, serving as Co-captain this season; a member of the Pingry Credit Union Team for the past three years, serving as President this year; a four-year member of Blue Key; and a Peer Leader. Jason has also participated in a Pingry Global Program in China, which was followed by his attendance at the Yale Young Global Scholars Program in Beijing. In addition to representing Pingry as a member of the Overlook Hospital Junior Board, Jason has also served on the Street Squash Newark Youth Board, as well as the Financial Services Committee of Representative Tom Malinowski's Youth Advisory Council. Jason has spent countless hours in service and community engagement through his volunteer work at Family Connections' Outreach To At-Risk Youth program, Street Squash Newark, and as the Founder and Lead Teacher of Think Dollars & Sense, a virtual, interactive program he created to help increase the financial literacy of students in under-resourced communities around the country. 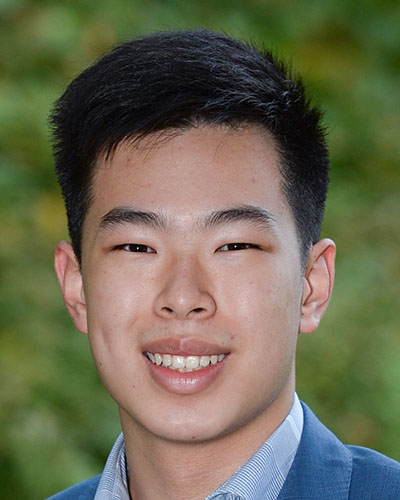 Co-founder and leader of the Asian Student Union, a student diversity organization that invites all members of the community to share and learn about Asian culture, Guan Liang '21 has also served as master of ceremony for the Pingry Lunar New Year Assembly in 2019 and 2020. He is Captain of the Business and Public Relations subteam for the Robotics Team; copy editor of The Broken Wreckord, Pingry's satirical publication; a tutor in the Writing Center; and a Peer Leader. Guan is also a performer and soloist for the school's Taiko Drumming Club.

Fluent in Russian, her native tongue, Jessica Yatvitskiy '21 has excelled in languages as well as in computer science and math, among other interests. A member of Pingry's Student Tech Committee and the GirlCode Club, she is the founder and president of Pingry Hacks Cybersecurity Circle as well as CoviTrain, a non-profit organization to help connect coaches with athletes online 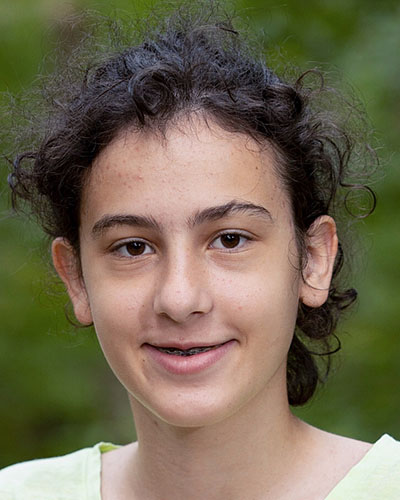 during the pandemic. In 2019, she advanced to the silver level in the U.S.A.'s Computing Olympiad and qualified for the American Invitational Math Exam after taking the AMC 12. That same year, Jessica was a top-10 finalist for the American Academy of Neurology's Neuroscience Research Prize for her research in epileptic seizure prediction. Last summer, she participated in the MIT Beaverworks Summer Institute, where she collaborated with a team of students to develop a game to model a disease outbreak. Also last summer, she was a part of the Yale Young Global Scholars Program, an academic enrichment program for outstanding high school students around the globe. Jessica is also a member of the Girls' Varsity Cross Country and Track & Field Teams.

A distinguished panel of educators will select 600 semifinalists in April. The Commission on Presidential Scholars—a group of up to 32 eminent citizens appointed by the President—will select the finalists, and the U.S. Department of Education will announce the Scholars in May.