Living Through Crises—Coup, Crime, and Covid-19 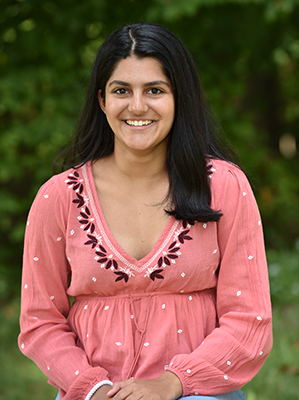 Today's Covid-19 pandemic is probably the first major crisis that many people my age are experiencing. Not many young people my age have lived in fear of leaving their homes or traveling like they are now. As young students, this is the first true global emergency that most of us are witnessing unfold in front of us and it strikes panic! This, however, is not the first international emergency I and my family have experienced, and based on what I have seen, in times of uncertainty and threat, people unite and fight back.

When I was 10 years old, my family lived in Egypt. We had just moved there from Switzerland, and soon after we arrived, in June 2013, Egypt experienced a military coup. As a 10-year-old, I didn't exactly understand what was happening, but I could feel panic everywhere. I was more sheltered than most Egyptians—I lived in an ex-pat bubble—but I could still feel the tension. We had to evacuate the country for Switzerland, in anticipation of the coup. I knew something was wrong, but neither I nor my 7-year-old brother could tell what was happening. But we knew there was danger. We returned to Egypt within a week as my father had made the decision to stay on, as he was the CEO of Novartis in Egypt. My parents decided that the entire family would live together. After we returned to Egypt, we would drive to school and see the military and tanks everywhere. My dad's journey to work every day was through the most dangerous parts of the city. Tanks with men wearing bulletproof vests and holding guns was a daily sight for my brother and me. I was on the outside of this coup as I am not Egyptian. Expats kids my age weren't fighting for anything—we were only trying to stay safe.

Every day, we had to be very cautious during that time. Like in today's Covid-19 situation where we don't leave our houses, we wouldn't leave the gated community back then in Cairo. We would go about our daily lives, such as buying groceries and going to the bank and restaurants, all inside the gated community. Today, we don't even go out to restaurants anymore and visit grocery stores only very occasionally. In Egypt, we at least went to school every day; now we are attending school online. I remember once our driver took a wrong turn onto a street, and suddenly, we—my brother, mom, and I with the driver—were stuck in the middle of thousands of people yelling and screaming, marching to protest the coup. It was very dangerous—luckily, we got out safely!

I experienced another example of panic in the community, on a smaller scale, when I was twelve. After living in Cairo, my family moved to South Africa. Though it was an incredible and beautiful country, South Africa had an extremely high crime rate and was far more dangerous than anywhere we had lived before. We took precautions in South Africa that we hadn't needed anywhere else. Locking car doors immediately after everyone got in, never rolling down the windows of the car, and alarming the house and closing doors of the safe haven every night were new practices that we had to adopt. We did not face such dangers in Egypt even during the coup. Despite living in a gated community with guards and 20-foot fences with electric wires, crime still penetrated the community. Seven houses down from us on our street, there was a murder in the middle of the night. Two armed robbers who entered the community underground planned on robbing a house, and they also ended up killing the father of the family. In addition, there were two more murders and shootings in the broader area. After those incidents, we didn't leave our house at night at all. For several weeks after, a security guard with a gun and a trained rottweiler would protect our family and home. It was scary to be locked up in the house with that much protection, knowing that something like that happened right next door.

The important thing that strikes me is that today, like back then, for the challenge to be defeated, people had to rally and work together. In Egypt, people took to the streets and demanded a better government; today, responsible people are staying at home to beat the virus. In South Africa, our community rallied and employed additional armed guards and implemented enhanced security measures to protect us. Today, we are utilizing hand sanitizers and wipes at every turn to protect ourselves in a different way.

What I have taken away from those experiences is that everybody will experience things that disrupt life as we know it. Today, people are stressed about having to quarantine themselves, about not being able to leave their homes, go to work, and not knowing how long this pandemic will last. Precautions have to be taken and we have to keep ourselves safe. We have to believe that, at the end of the day, if we cooperate as a society, the challenge will pass, and things will return to how they were. That is how we triumph as a society. Though it was rough in Egypt during the coup, the country got through it and we were able to go out peacefully once again.

A sad aspect of these challenges is that life changes and creates hardship for many people. In Egypt, people were without work, the currency went down, things became expensive. The society came together and helped those in need. People used to distribute food and water. Wealthy people would stop by the street side and buy fruits and vegetables sold on the roadside. Today, Covid-19 is hurting many people. Jobs have been lost in restaurants, cleaning, and other service industries. Doctors and nurses on the front lines are finding a shortage of basic protective gear. However, it is also good to see how people are rallying together. Our family, too, has taken upon itself to do a few things. With my mother's lead, we are working with friends to stitch protective masks that we can supply to the local hospital system in New Jersey. As my father and all of us discussed ways to help people, his company created a funding campaign for service industry people who are hurting in Boston, where his company is located. I am proud to be a part of this family that is doing its bit to help out.

A major life lesson that I have learned is that the only way to beat a challenge is to be united, persevere, and do the right thing by working together and helping those in need. Things will eventually turn around and get better.