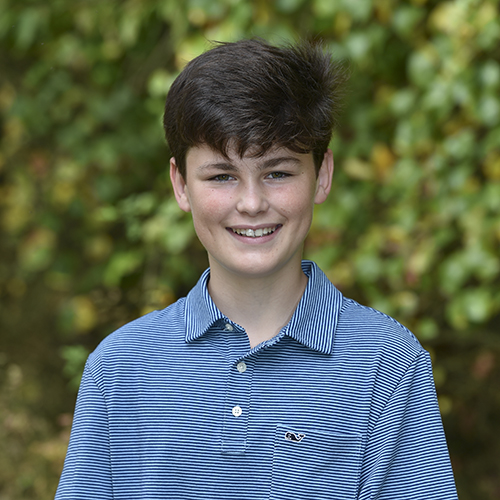 I first became interested in biology when I toured a brain-imaging lab at the Howard Hughes Medical Institute in Virginia in sixth grade while visiting family friends in the area. Entering high school, I had little understanding and appreciation of biology as a field of study and its relevance to me, frankly. Watching the scientists at the lab examine the part of us that makes us human was incredible, captivating, and inspiring. What could be more relevant than the understanding of the essence of humanity? Since then, I have participated in various biology camps and programs that have further introduced me to molecular biology, branching into bioinformatics, which is the science of collecting and analyzing complex biological data such as genetic codes.

As a high school freshman, I struggled to find meaningful research opportunities or programs that would accept a ninth grader. I stumbled upon the Waksman Institute Summer Experience (WISE) program while surfing the web, and it seemed like the perfect combination of research, learning, and real-world application that I was looking for. It allowed for high schoolers such as myself to get involved in scientific research in a hands-on way, by providing an opportunity to study a piece of real mRNA, isolated from an existing organism. We have all been hearing about messenger RNA (mRNA), in the context of the COVID-19 vaccine, but in fact, mRNA is a form of genetic information that encodes all of our body's proteins. Without mRNA, life as we know it would not be possible. At the beginning, it was quite challenging as one of the very few freshman in the entire program, but after a few weeks I was entirely acclimated.

I was guided through my research by Professor Andrew Vershon of Rutgers University, along with Mrs. O'Mara and Dr. D'Ausilio, biology teachers at Pingry, who were always there to answer any of my questions. Specifically, I studied mRNA derived from a plant called Landoltia Punctata, more commonly known as duckweed. Prof. Vershon and his staff lectured and taught me a series of steps, which allowed me to figure out which proteins were encoded in the mRNA. The significance of this research is that duckweed is a potential target for biofuel production. Duckweed can grow in polluted environments and requires very few conditions for survival. At a certain point in duckweed's life cycle, it produces a large amount of starch, which can be converted to ethanol. Ethanol is a very common fuel, often used in the world, and if isolated from plants, would provide us with a renewable source of energy. The problem is that harvesting ethanol from duckweed is still quite expensive, but if a gene in duckweed can be identified and amplified to produce even more starch, it could become both an environmentally and financially viable method of energy production.

In order to figure out what protein my assigned piece of duckweed mRNA codes for, first I had to run a specialized search of filtered genetic sequences, called the BLAST (Basic Local Alignment Search Tool), which allowed me to compare my mRNA to other known sequences and proteins in the National Center for Biotechnology Information (NCBI) genomic database. Next, I had to identify where the coding portion of my sequence was, called the open reading frame, which would tell me where protein translation would begin and end. After that, I found proteins with similar functions, in order to make inferences about the proteins for which my mRNA could code for. Then, I narrowed down the search results to identify which proteins come from plants of the  widely studied arabidopsis plant family. Although duckweed is not in the arabidopsis family, it has lots of proteins that are similar enough both structurally and functionally to draw connections to arabidopsis. Based on these proteins, I performed another search to identify during which part of the cell cycle and where in the cell my protein was most expressed.

Armed with all of this information, I wrote a description of the protein that the DNA sequence coded for, which was later published to GenBank, the international repository of all known DNA sequences, which can be accessed and used by other scientists across the world.

Doing this project provided me with a glimpse into the world of molecular biology, while also illuminating the issues and possible solutions for the decreasing amount of fossil fuels left on our planet, which is an issue that our generation will need to tackle head-on in the near future. On an individual level, participation in the program was very fulfilling, and taught me a great deal about the process of scientific research, and inspired me to want to learn more.


Ethan's NCBI publications can be accessed here and here.