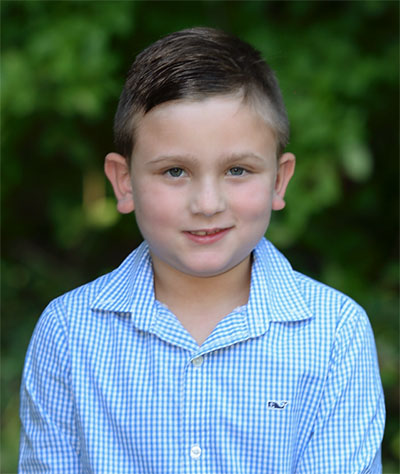 Last February, Grade 1 student Harrison Siegel '32—who became interested in geography after a few books on the topic his parents gave to him—took an online regional qualifying exam for the International Geography Bee, an event organized by the group International Academic Competitions. He had only 20 minutes to complete the 50-question test, and scored 96 out of 100, qualifying for the regional competition.

At the Regional Finals, which took place via Google Meet (and the use of a buzzer!) the weekend of April 10, Harrison more than held his own among fellow elementary-aged competitors in Grades 1-5. In fact, he was the only first grader to advance to the final round.

In Round 1, he finished in second place and in Round 2, he secured top honors. His combined scores earned him a spot in the playoffs, in which the top 10 students played the final round. Among his competitors, he faced off against three fifth graders, who ultimately took the medals. But he tied for sixth place and finished with a "finalist" title.

Based on his performance at Regionals, Harrison advanced to subsequent rounds in both the U.S. Geography Championships (a three-part written exam, which takes place on May 20) as well as the International Geography Bee (a buzzer-based event over Labor Day weekend).