Following a thorough, months-long search, led by Storbeck/Pimentel and Associates, in addition to feedback the School received through parent, faculty, and staff listening sessions as well as a survey, Pingry is pleased to announce that Gilberto Olvera will assume the role of Director of Diversity, Equity and Inclusion (DEI), beginning July 1.

Mr. Olvera was one of three finalists brought to the Basking Ridge and Short Hills Campuses, and was selected from an exceptional candidate pool, including leaders in higher education, secondary schools, lower schools, and corporate and non-profit organizations. With more than 17 years of experience in independent schools, he has spent the last five years as Head of the Upper School and, since last summer, Director of Diversity, Equity, and Inclusion at Chapin School Princeton. In this capacity, he developed curricular connections to D&I work in keeping with Chapin's mission and philosophy, and led professional development as well as community outreach initiatives and workshops for parents. Since 2018, he has also served as Chapin's Director of Secondary School Guidance. 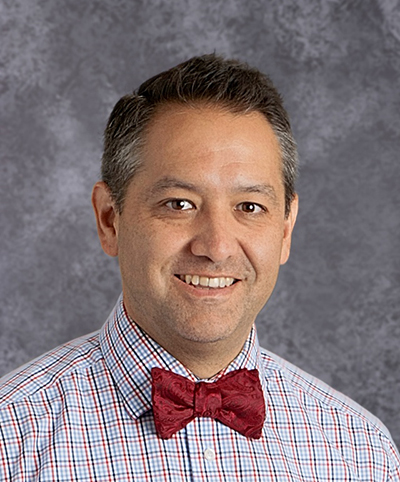 Prior to Chapin, Mr. Olvera served for eight years at Princeton Day School as a Middle School science teacher and member of the school's Community and Multicultural Development Team. In this role, he directed and implemented student, parent, and faculty programming on diversity issues, including in-service faculty training, and founded a Middle School Students of Color Affinity Group. He was also founder and faculty advisor to the Upper School Black and Latino Student Union, whose work was honored with a Certificate of Achievement from the Princeton University Prize in Race Relations. A science teacher at heart, he began his career at The Phelps School and The Chapin School, where he taught, advised, and coached Middle and Upper School students.

Mr. Olvera holds a B.A. in biology from Bucknell University and a M.S.Ed. in School Leadership from the University of Pennsylvania. As an official mentor to students attending Penn's Graduate School of Education for the last four years, he provides guidance and support to future leaders in education. He has attended the NAIS People of Color Conference numerous times, once serving as a presenter and twice as an affinity group facilitator.

Having served for two decades in a range of roles in independent schools—including experience in curriculum development, faculty growth and evaluation, diversity-related initiatives, secondary school admissions, enrollment and financial aid, school advancement, and new program implementation—Mr. Olvera brings a valuable, all-school perspective to his position at Pingry. As he notes, especially rewarding has been his work in diversity, equity, and inclusion, which he has performed in both official and unofficial capacities dating back to 2010. With increasing leadership responsibilities over the course of his career, he has been intimately involved in daily operations and strategic efforts across Lower, Middle, and Upper School divisions, giving him a deep understanding of how schools can run collaboratively and effectively from both a programmatic and operational standpoint.

"From my initial conversations with the search committee and Matt Levinson, Pingry's commitment to diversity and inclusion work became vividly apparent," says Mr. Olvera. "I am excited to join another community that values the richness of its diverse student population, and I am looking forward to helping lead the next phase of Pingry's work in promoting social justice, equity, diversity, and inclusion."

In conjunction with Mr. Olvera's hiring is the work of D&I consultant Alison Park, whom Pingry engaged at the start of the school year. Having recently completed her second of three, two-day visits to our campuses, her institutional and board-level recommendations will help to guide Mr. Olvera's work as he transitions to Pingry and will inform the School's strategic vision for DEI.

Chair of the Search Committee and Assistant Head of the School—Basking Ridge Campus Dr. Delvin Dinkins remarked, "In his achievements as a teacher and school administrator and as someone who leads by example, Mr. Olvera is committed to fostering an inclusive environment and engaging with our community."

Matt Levinson P '21, Head of School, adds, "Mr. Olvera is a skilled and valued educator, fully invested and committed to the student experience. He has a proven track record in school leadership and understands how to build, sustain, and grow a diverse and inclusive school community. We are thrilled to welcome him to our community."