The Letter-in-Life Award is the most prestigious honor bestowed by the Pingry Alumni Association. It honors those who, in gaining distinction for themselves, have also brought honor to the School. Below is the complete text from this year’s citation.

The Alumni Association of The Pingry School presents this Letter-in-Life Award to Charles “Charlie” Stillitano Jr. of the Class of 1977 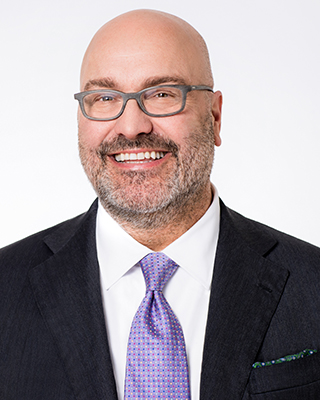 Charlie Stillitano is one of the most connected and influential people in international soccer. He is the founder and Executive Chairman of Relevent Sports Group, the premier soccer events and media business in North America and Asia, where he has worked since 2012, previously as President and CEO. Mr. Stillitano also co-hosts “The Football Show” on Sirius XM, which he has done for 13 years. He has held various roles in promoting and managing international and Major League Soccer with a common theme: bringing soccer fans—and the teams they love—together.

During his time at Pingry, Mr. Stillitano was a varsity soccer captain and earned such accolades as First Team All-State All-Groups, and First Team All-Union County honors. He earned an additional three varsity letters in baseball. After graduating, Mr. Stillitano attended Princeton University, where he continued to play soccer as a captain, an All-American, a three-time All-Ivy League selection, and a member of the U.S. National Under-19 Team. Mr. Stillitano graduated from Princeton in 1981, earning a bachelor’s degree in History. He then attended Rutgers Law School in Newark, earning a J.D. in 1987.

Five years into a successful career as an attorney, Mr. Stillitano pivoted to a career in international soccer. His soccer expertise proved essential to the United States hosting the 1994 FIFA World Cup, and he was made Venue Executive Director for NY / NJ in 1992. The 1994 World Cup was the most financially successful World Cup in history, and still holds the average and total attendance records for a World Cup. Following this success, Mr. Stillitano became Vice President and General Manager of the NY / NJ MetroStars of MLS, a position he held until 2000. He also served as Managing Director of MetroMedia Soccer Properties, L.L.C. from 1999-2000. Mr. Stillitano served as Founder, President, and CEO of ChampionsWorld, L.L.C. from 2000-2006. He worked at Creative Artists Agency from 2007-2012 as a senior executive in the soccer business division, which he helped launch, and in 2012 he founded Relevent Sports. In 2017 Mr. Stillitano was named to ESPN’s FC Top 50 and theScore’s Top 25 most influential people in World Soccer.

Mr. Stillitano is a former Chairman of the Grants Committee and Vice Chairman of the Board of Directors of the U.S. Soccer Foundation. He is also a member of the Board of Trustees of Street Soccer U.S.A., an organization which fights poverty and empowers communities through soccer. Mr. Stillitano was instrumental in the building of the Miller Bugliari World Cup Field, used by Pingry students as well as national and international professional teams.

Mr. Stillitano shared his love of soccer with his father, the late Charlie Stillitano Sr. Throughout his life, Mr. Stillitano has shared this love with the world, elevating the profile of soccer not only at Pingry, but throughout the entire United States. The popularity of the 1994 World Cup laid the groundwork for soccer’s rise in prominence, and Mr. Stillitano’s work in bringing pre-eminent foreign clubs to their American fans has revived and revitalized the sport in the national consciousness. Called “soccer’s most well-connected American” by Sports Illustrated in 2015, Charlie Stillitano has helped bring the world closer together through love of sport and, in so doing, has earned distinction and brought honor to The Pingry School.