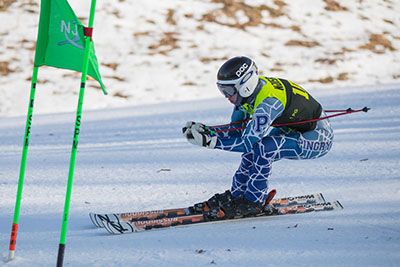 Highlights from last season: Last year, one of the team's main goals was for the boys to qualify (as a team) for the State Championships, according to team captain Rosemary Collins '21. This goal was met as both the boys' and girls' teams competed in States (it was the second consecutive year for the girls). Both teams also finished second in the conference. And five skiers—Rosemary, Annie Leithead '19, Matt Dispenza '20, Peter McClearn '20, and Tobey Jay '22—all qualified for the Race of Champions. Captains Rosemary, Matt, and Annie went on to  qualify for the Eastern Regional High School Championships and raced for Team New Jersey.

Full-court press:
"We will all work together as a team, helping each other improve as individuals, students, and athletes, which will in turn help the team improve."––Head Coach Backman