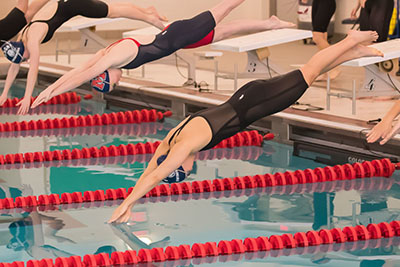 Last season's highlights: The 2018-19 Girls' Varsity Swim Team, led by captains Darlene Fung '19—who is swimming for Harvard University—and Grace O'Mara '19, had a successful season, finishing with a 6-3 dual meet record. The team performed well at championship meets with a win at the Prep A Championship for the fourth consecutive year and a second-place finish at the Skyland Conference/Somerset County Championships. For the first time in recent years, the team advanced to the finals of NJSIAA Non-Public A State Championship and placed second, finishing with the sectional title.

Full-court press:
"We have a lot of new freshmen this year and I am very excited to see their contributions! We are focused on the Prep Championships as our big meet this season."—Head Coach Deirdre O'Mara