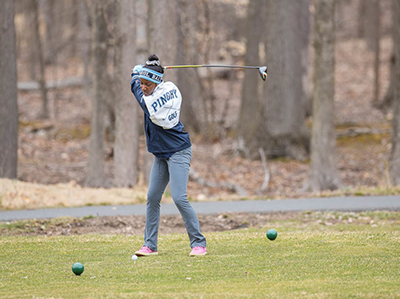 Last season's highlights:
Coming off a record-breaking 2017-18 season (17-0), sole senior and captain Christine Shao '19—now playing for Columbia University—led a team of just eight girls in an extremely successful, 11-5, run. Highlights include winning the Skyland Conference and Somerset County Championships, and finishing fourth place in the NJSIAA Tournament of Champions.

Full-court press:
"I always say to keep looking forward, and focus on the now—that is what I hope to impress upon the team as we continue to build upon our past successes."—Head Coach Mauer