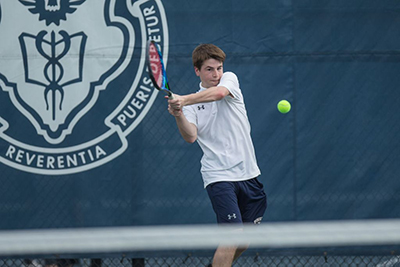 Last season's highlights:
Led by Luke Ittycheria '19 and Christopher Yu '19, the 2019 team (12-6) had a great season, finishing as NJSIAA Non-Public B South Sectional Champions. They also placed second in the Prep A Tournament, third overall in the Somerset County Tournament, and took the top spot in the Delaware Division of the Skyland Conference.

Full-court press:
"The players have been working hard in the off-season, and I'm hoping to build on the success we had last year. I'm looking forward to a fun and competitive season!"—Head Coach Weber