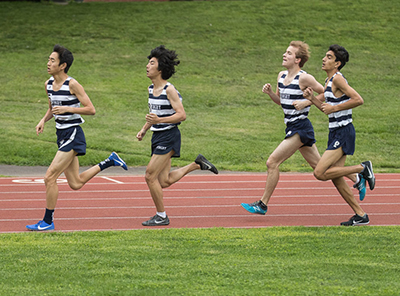 The boys' team also had some strong individual finishers, with Henry Wood '21 placing sixth in the 1600 meter run (4:27) and Joe Shilts '19 taking second in the 400-meter hurdles at the Non-Public A Championships.

Full-court press:
"We want to work in a positive atmosphere. The kids have the work ethic to get better, and the returning student-athletes will pave the way for success. We are in the position to zero-in on personal improvement."—Head Coach Christopher Shilts

"This should be one of the best teams Pingry has had in recent years, and I am looking forward to a great season."—Head Coach, girls' distance, Tim Grant