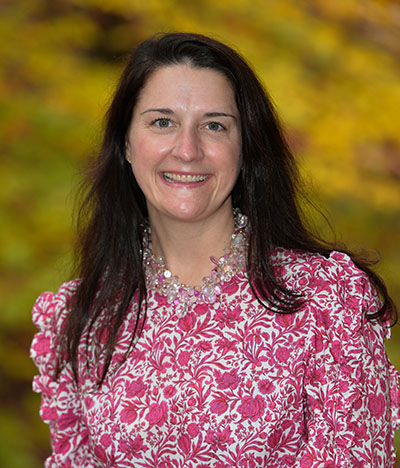 Pingry is pleased to announce that, following the resignation of Elizabeth Breidinger late last month, Allison Brunhouse '00, P '31 assumed the role of Director of Institutional Advancement. In addition to her existing duties overseeing enrollment management and communications and marketing, Mrs. Brunhouse will now oversee the School's development work as well. As Head of School Matt Levinson P '21 noted, "This strategic reorganization, a common model employed by many other independent schools, will allow Pingry to align and strengthen its work in these three critical areas and, ultimately, more effectively advance its mission." He went on to explain that, while the term "advancement" is often associated with philanthropy and giving, it encompasses all of a school's efforts to develop and nurture the many relationships within its community.

Mrs. Brunhouse, a widely recognized alumna who has worked in the Admission Office since 2007, served as its Director since 2010, and overseen the Office of Communications since 2015, is well positioned to assume the multidimensional leadership position. A longtime member of the Administrative Team, she served as a member of the Board of Trustees Financial Aid Task Force in both 2008 and 2019, was Co-Chair of the 2015 NJAIS Self-Study for Accreditation, and for 11 years, has served as an Advisor to a host of Upper School students, one of her favorite roles at the School, she says. "I feel honored to step into this  expanded role and for the opportunity to meet and work with more members of our extraordinary community," she added.

For his part, Mr. Levinson commented, "Given all her experience at the School, as both a student and administrator, Allie is the ideal candidate to take on this new, exciting role. I look forward to partnering with her to ensure optimal functioning and coordination among all three departments."