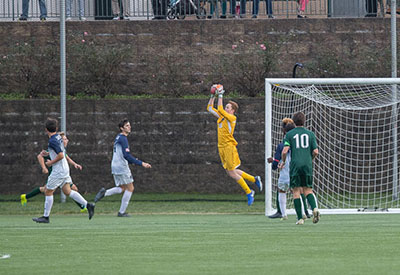 Rolling into the finals of the NJSIAA North Jersey Non-Public A Tournament last Thursday, #4 seed Big Blue (15-5) had two big wins under its belt. In the quarterfinals, they defeated #5 seed Bergen Catholic (4-2), and then proceeded to pull out a striking, 1-0 victory over top-seeded Delbarton in the semifinals, "one of the biggest upsets in recent memory," wrote NJ.com. What's more, both victories were against teams that had put an early end to the team's state tournament run in 2018 and 2017.

Though Pingry fell to #2 seed Seton Hall Prep, 5-3, in the finals, there was much to celebrate about the team's season-end performances. It was the first time in five years that Big Blue—ranked #20 in the NJ.com Top 20—advanced to the state sectional finals, and they did so by defeating two state-ranked teams, including the defending state and county champion, Delbarton. 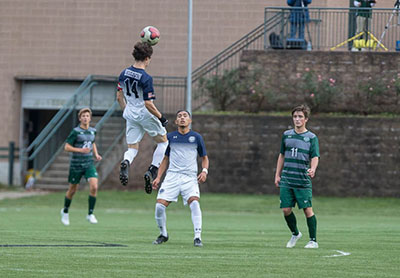 "I am very pleased with the grit and resolve our boys showed over the final weeks of the season," said Associate Head Coach David Fahey '99. "Back-to-back wins against top-15 teams Bergen Catholic and Delbarton and an incredibly hard-fought loss to eventual state champion Seton Hall Prep made for a late run that will forever be remembered."