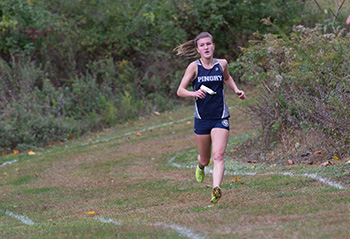 Having won the Somerset County Cross Country Championships her sophomore year and placing third in 2018, Nicole Vanasse '20 landed back on top her senior year. On Wednesday, she took gold at the event, held in Pleasant Valley Park, in a brisk 18:13 (breaking her own personal and school record), finishing more than 15 seconds ahead of her next closest competitor. Her win comes after a second-place finish last week at the Skyland Conference Championships, and was followed by her announcement that she will attend Columbia University next fall. Jessica Yatvitskiy '21 (22nd, 21:08), Ryan Davi '21 (23rd, 21:13), Molly Parker (31st, 21:32), and Alexis Matthews '23 (41st, 22:36) rounded out the team's top five.

Nicole's "outstanding high school career" includes winning the NJSIAA Non-Public A Championships for the last two years, placing third at Meet of Champions her sophomore year, and taking 10th at the Foot Locker Northeast Regional Championships last fall to qualify for Foot Locker Nationals, where she finished in 32nd. And that's just her cross country resume. 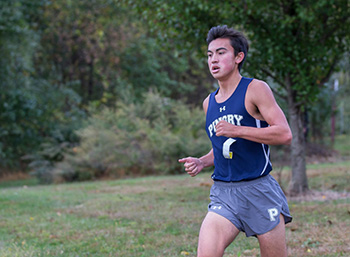 In this, her final Pingry cross country season, her conference and county performances are good preparation for the end of the season, where she aims to defend her State Group Championship title for the third straight year on November 16, make her mark at Meet of Champions (November 23), and advance once again to Foot Locker Nationals (December 14).