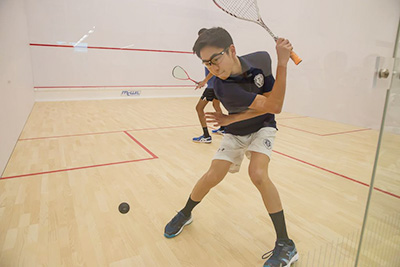 Last season's highlights:
The 2018 team was led by two seniors and co-captains Chris Zachary '19, who is currently playing squash for Dartmouth College, and Jeffrey Xiao '19. The team finished the season with a 16-2 record and was crowned Division 2 champions at US Squash's National High School Team Championships.

As has been the case since the Bugliari Athletics Center opened in January 2017, Pingry hosted the New Jersey High School Championships last year, an individual tournament, where Chris was a finalist.

Full-court press:
"Coming off of our 17th-place finish last year, we're hoping to improve our national ranking and win some tough matches during the regular season. We've got strong leadership from our seniors both on and off the court, and I am looking forward to a great season."—Head Coach Ramsay Vehslage