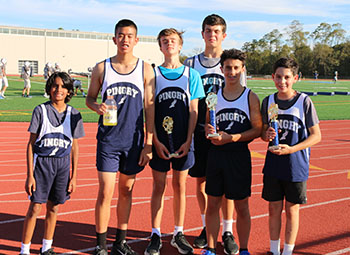 It was a beautiful fall afternoon on Tuesday when Middle School cross country runners took to Pingry's campus trails for the 20th Ed Scott Invitational*. Ten area schools participated in the two-mile course, at the end of which both the girls' and boys' varsity teams emerged victorious (it was the second straight win for the girls).

One week later, as the season was winding down, the teams dominated once again, sweeping the Great Pumpkin Run, held annually at Gill St. Bernard's. According to Head Coach Sarah Christensen, it was the best cross country season for the Middle School program in a decade. 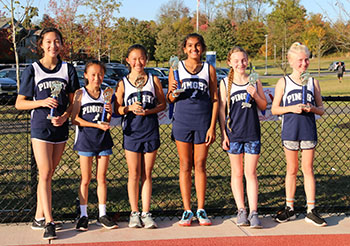