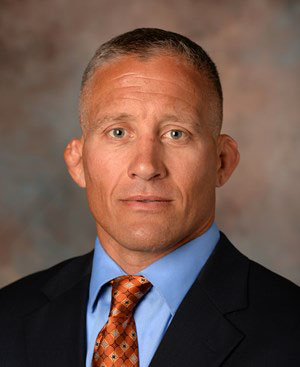 Pingry Athletics Hall of Fame inductee Jay Antonelli '88 was recently selected as head coach of the Greco-Roman squad for the U23 World Wrestling Championships, held at the end of October in Budapest, Hungary.

A two-time USA Wrestling Coach of the Year honoree (1998 and 2007), Mr. Antonelli began his coaching career with the All-Marine Wrestling Team, where he led the squad to an Armed Forces championship as well as a national team title. He has served as a Team USA coach on numerous World and Olympic tours, including coaching a World bronze medalist and eight individual national champions.

An accomplished wrestler in his own right, Mr. Antonelli had a successful collegiate career at the U.S. Naval Academy, where he was a three-time U.S. Open All-American and finished seventh at the 1996 Olympic Wrestling Trials. At Pingry, he won four varsity letters in lacrosse and football, but his talent as a wrestler—he was a four-year letterer—was apparent early on. As co-captain his junior year, he led Big Blue to a first-place finish in the Somerset County Tournament and became district champion in his weight class, the first individual District wrestling champion in Pingry history.

Congratulations, Mr. Antonelli! Read his full Athletics Hall of Fame citation and his bio on navysports.com.