Every year, seven Pingry seniors are chosen to represent the School as scholar athletes in Somerset County, the Skyland Conference, the New Jersey State Interscholastic Athletic Association (NJSIAA), and the New Jersey Independent Schools Athletic Association (NJISAA). Below are the seven Pingry seniors—equally committed in the classroom as they are in their sport—who met the criteria this school year. 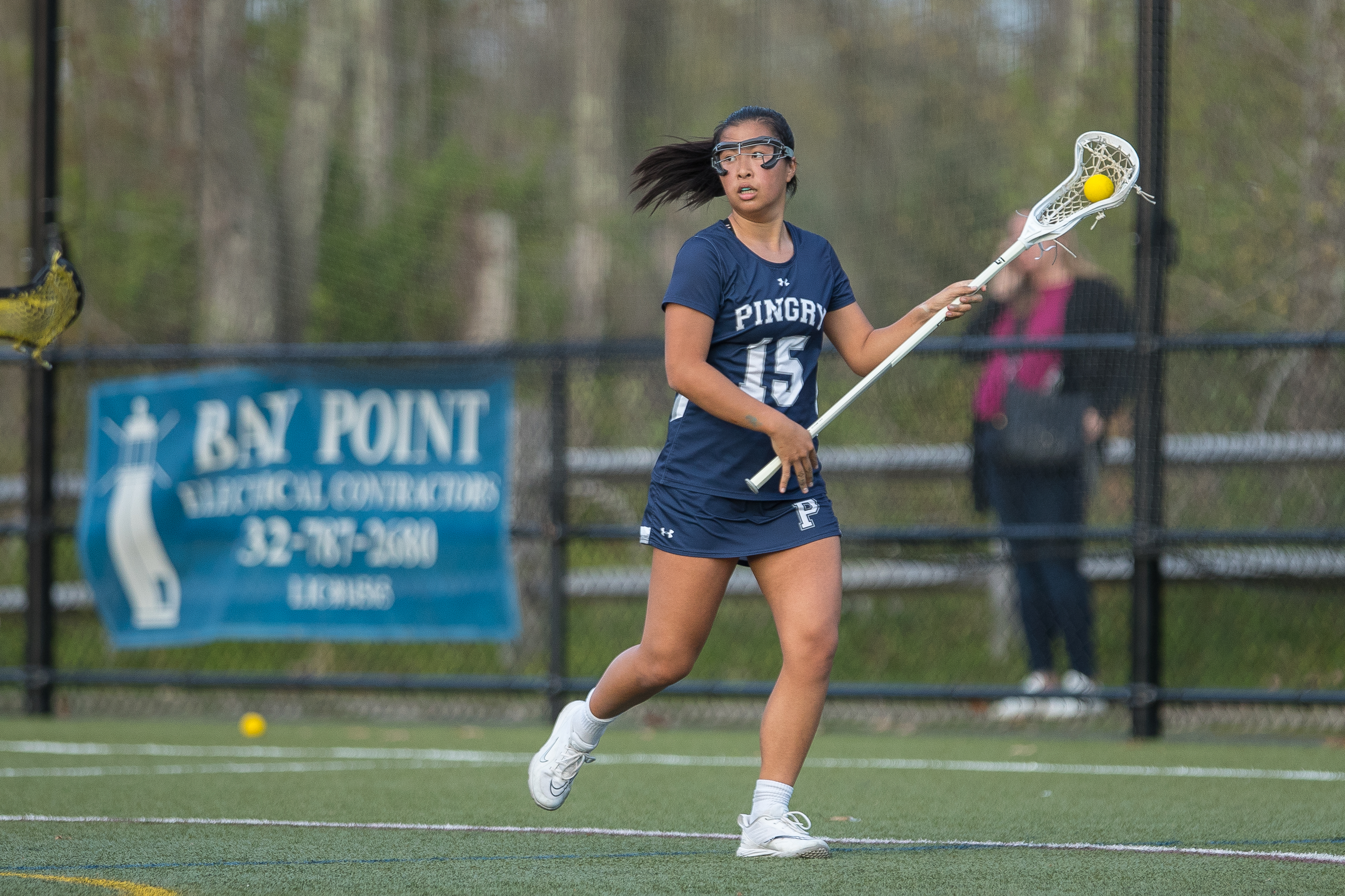 Olivia Hung '22 has been a staple of two of Pingry's most successful programs during her time at the Upper School, as she's been a four-year starter and captain of the Girls Lacrosse and Girls Squash teams. Olivia's achievements include a first-team All-Skyland Conference nod in 2021 for lacrosse and a High School Division II team national championship in squash this past season!  Olivia, who has scored 115 goals in her varsity lacrosse career, will be playing lacrosse next year at The University of Chicago.

"Being a student athlete at Pingry has taught me to be hardworking, resilient, and driven... but also the importance and joy of working with a team and being able to support one another." - Olivia Hung '22 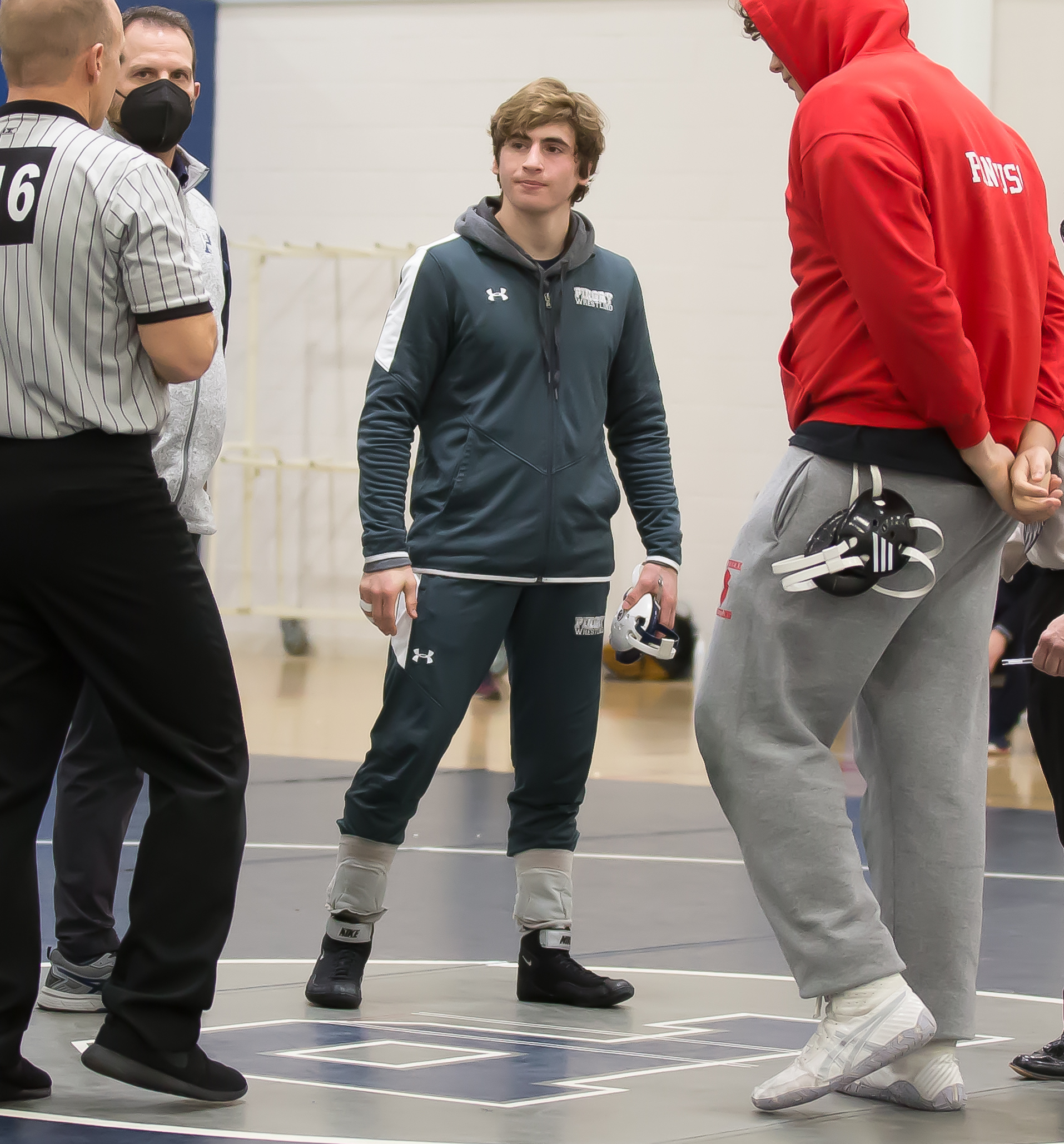 Jack Martin '22 is headed to Harvard University in the fall, and he'll be bringing with him one of the most decorated Pingry wrestling resumes ever. Jack is the reigning Somerset County Champion, a two-time State District Champion, and has qualified for the famed Beast of the East tournament (Top 12 finish) at the University of Delaware as well as the NJSIAA Championships at the Atlantic City Convention Center. He's earned Skyland Conference "Wrestler of the Week" as a senior and led Pingry Wrestling to one of its most competitive seasons in the history of the school.

Jack reflected on his athletic experience at Pingry by sharing, "Being a student-athlete at Pingry lit a spark under me. I strive to be my best self in all my endeavors, and I knew I wouldn't be able to strengthen my body to its greatest potential if I couldn't strengthen my mind first." 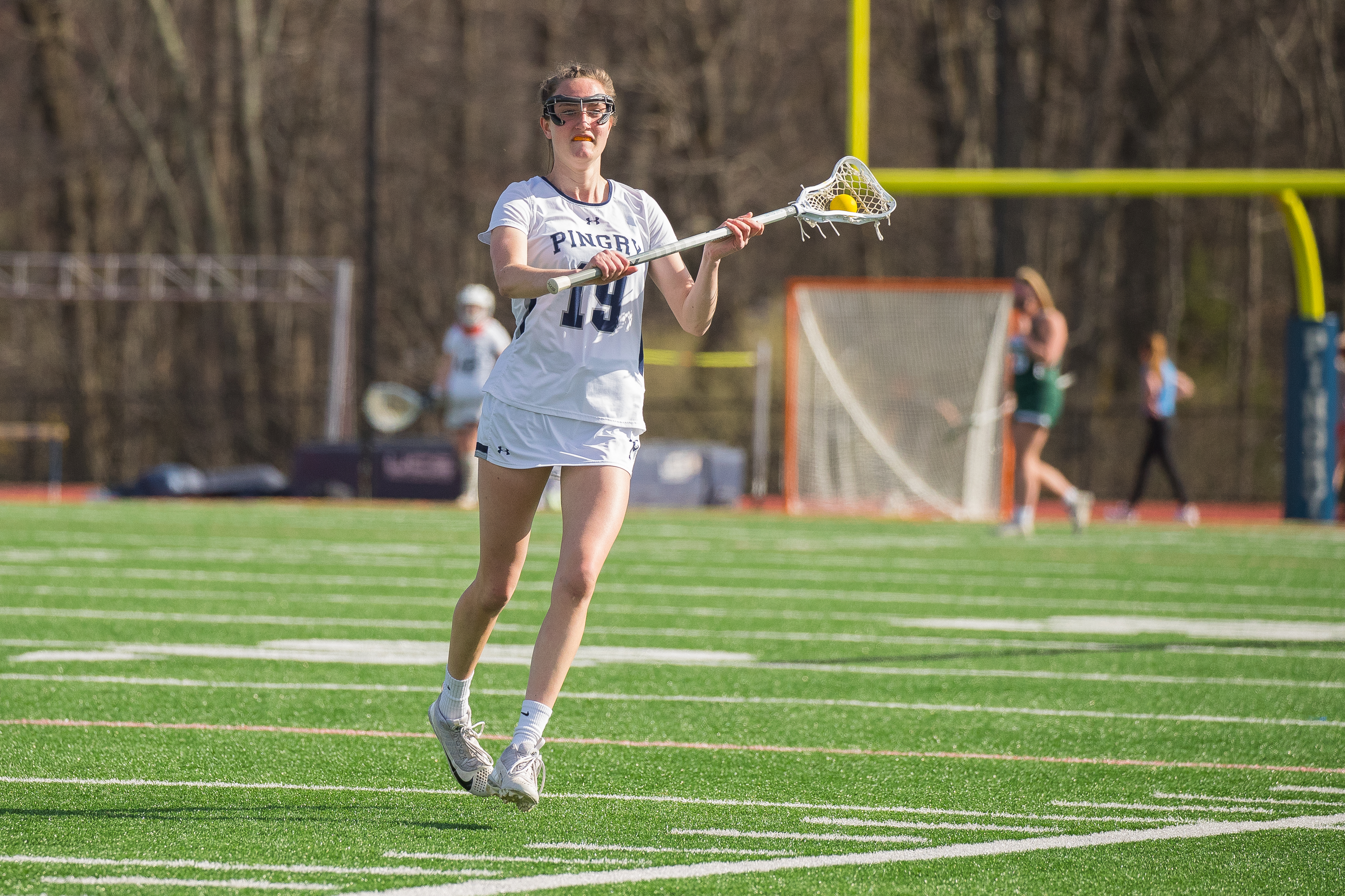 Allison Williams '22 has been a Pingry student-athlete since 6th grade, developing her talent in basketball and lacrosse. Allison is an extremely important part of the puzzle on the playing fields, providing leadership for the younger players while helping Big Blue collect wins. It's easy to recognize that Allison is a tremendous teammate, when she identifies a huge win against Lawrenceville in lacrosse and Senior Night in basketball as her career highlights.

"Being a student-athlete at Pingry is a lot of hard work, and takes dedication and love for the sport you play. The success of Pingry's student-athletes shows the true strength of a Pingry student, as we are able to maintain rigorous course work and find success in challenging practices and games." - Allison Williams '22 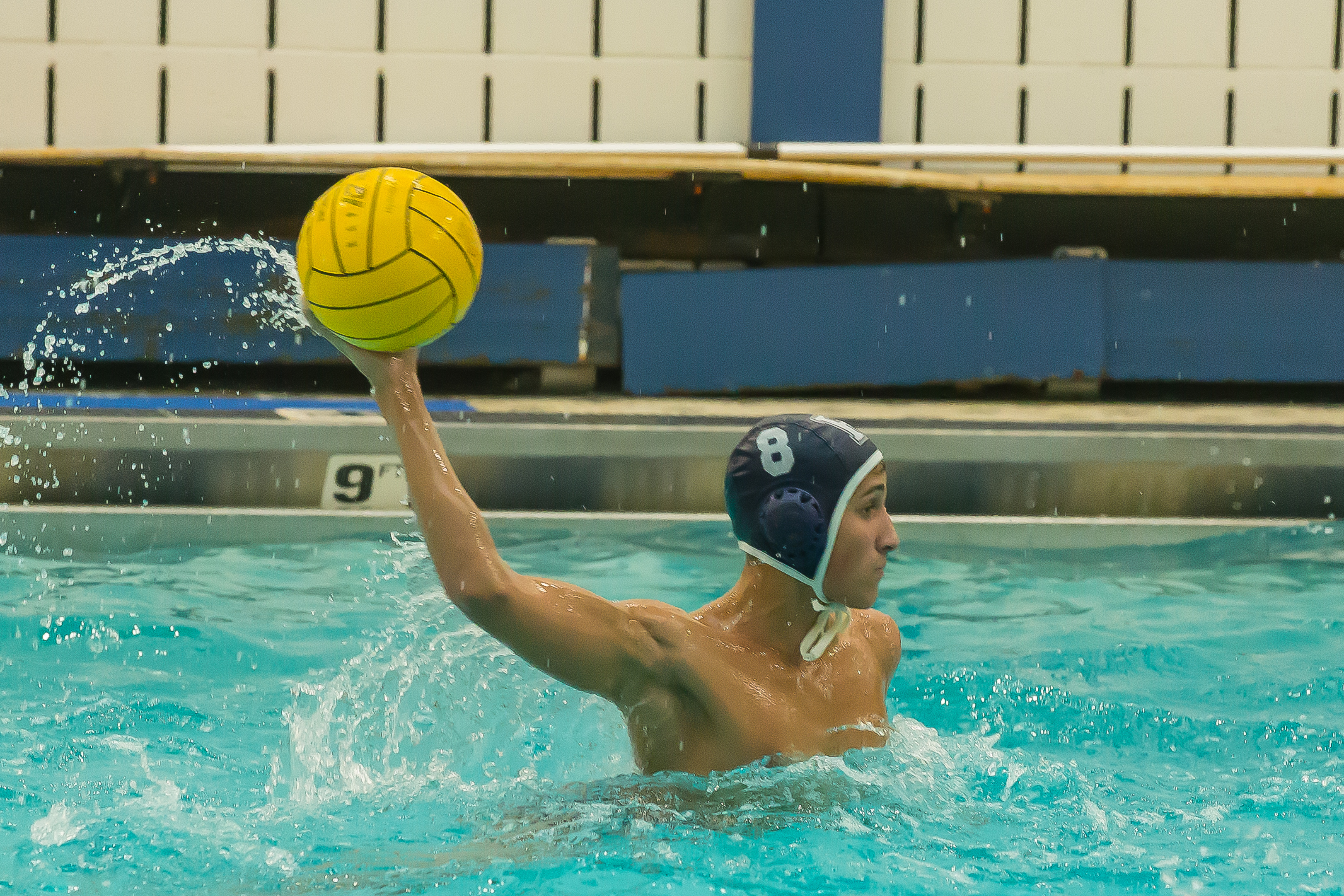 A four-year letter winner in both water polo and swimming, Peter Yousseff '22 is one of the most decorated all around water-sports athletes in Pingry's history, excelling in Water Polo with two Academic All-American honors, two selections to the Northeast Zone water polo team, and will be taking his Water Polo talents to The University of Notre Dame next year. Peter was also a senior captain of the swim team and won two state championships in swimming during his Pingry career.

Peter sums up the value of being part of the Pingry community by sharing, "Being a student athlete has been a really great experience for me. Coming into Pingry in 9th grade I didn't know anyone, but I instantly felt welcomed during August preseason water polo practices. I loved my teammates and being close with them was very helpful as I moved through high school. I asked upperclassmen for recommendations about what classes to take, and they were always very willing to answer any questions I had. This was extremely helpful, and I think it helped me to be more successful than I otherwise would have been. The support I feel in Pingry is something I'm extremely grateful for and proud to be a part of, and I have always tried to pass that down to my younger peers as I became more of a leader on my teams." 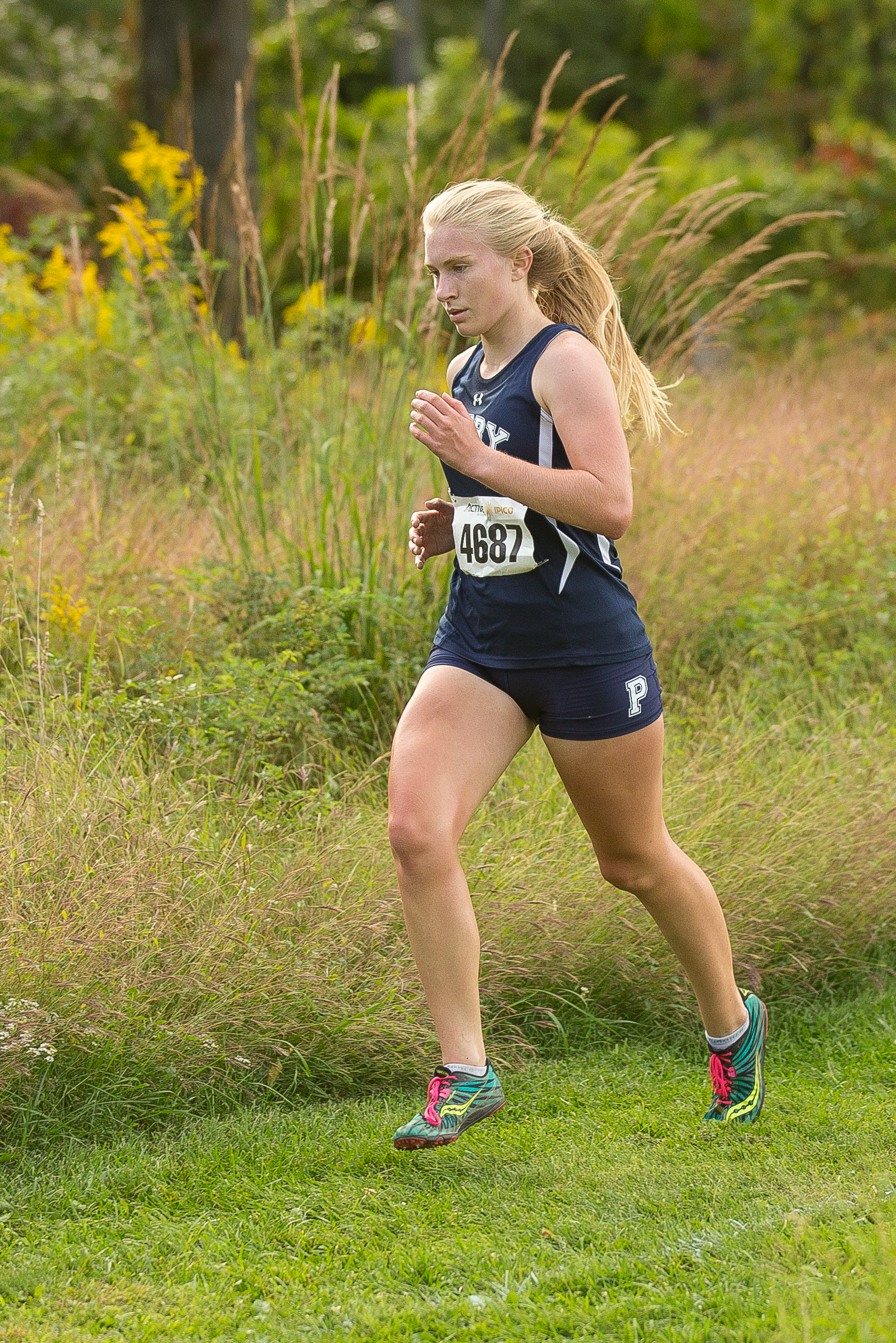 Molly Parker '22 has earned a varsity letter in each of her twelve seasons as a Pingry upper schooler, being a constant force for Big Blue's Cross Country, Indoor Track, and Girls Lacrosse teams. As a runner, she's been selected to two all-conference teams and in 2020, she qualified as an individual for the Skyland Conference Championships. You'd think Molly uses her speed to out-run opponents on the lacrosse field, but Molly's versatility as a student-athlete is proven by the fact that she plays goalie for Girls Lacrosse, and has stopped over 200 shots while earning recognition as a first-team all conference athlete and being selected as one of the top senior lacrosse players in 2022.

Molly adds, "At Pingry, I have found a happy medium, as I don't have to choose between excellence in athletics and in the classroom." 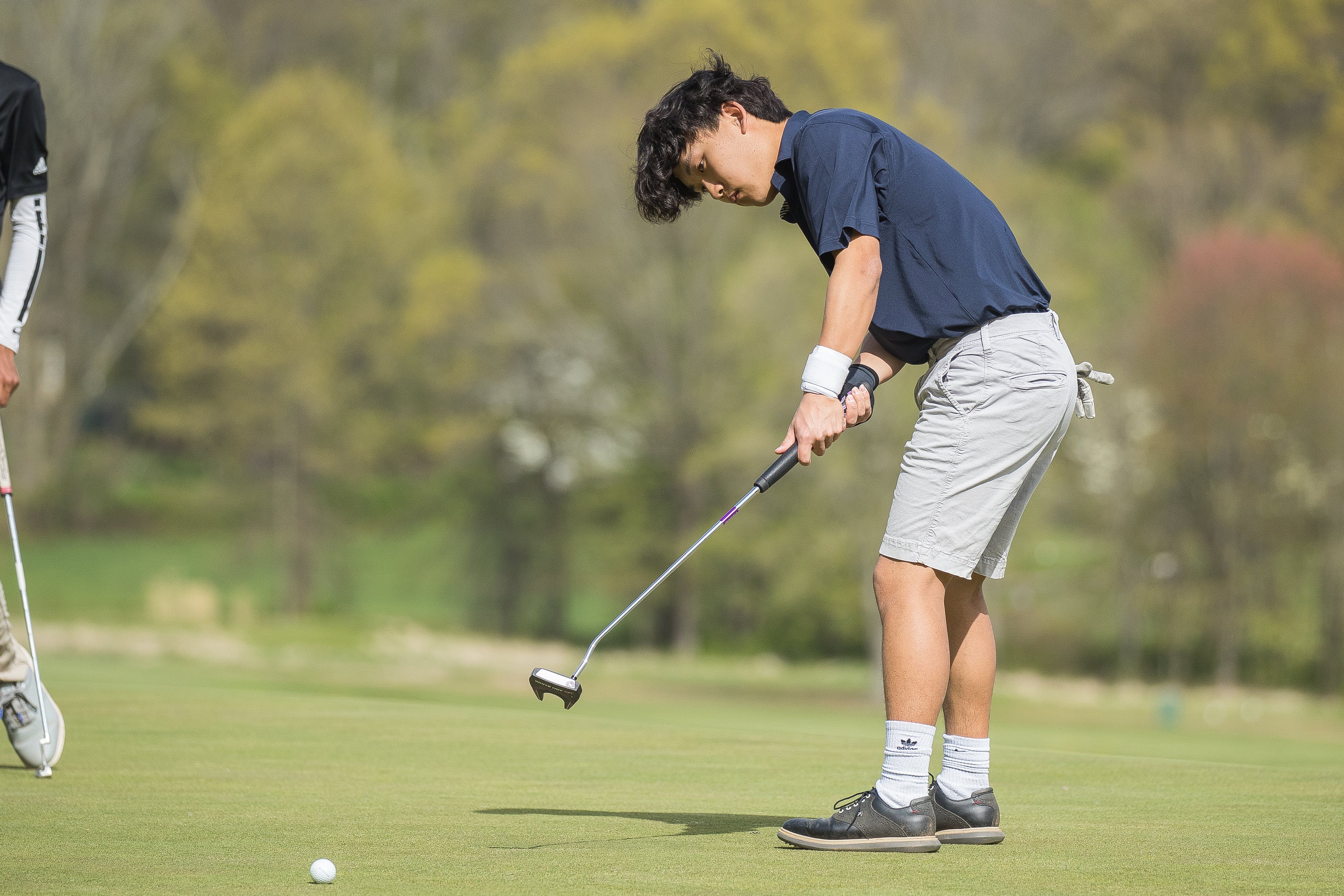 Franklin Zhu '22 has been a leader on the Boys Golf team since his freshman year, when he arrived as an accomplished NJ PGA Junior golfer. Franklin has enjoyed individual success and team success during his high school career, qualifying individually for state tournaments and just this spring, he led Big Blue Golf to a solid 9-3 record with four sub-40 rounds. When he's not competing on the course, Franklin has found time to be a personal golf coach and has also participated as a volunteer at The First Tee, which promotes positive youth development by teaching core values through golf. 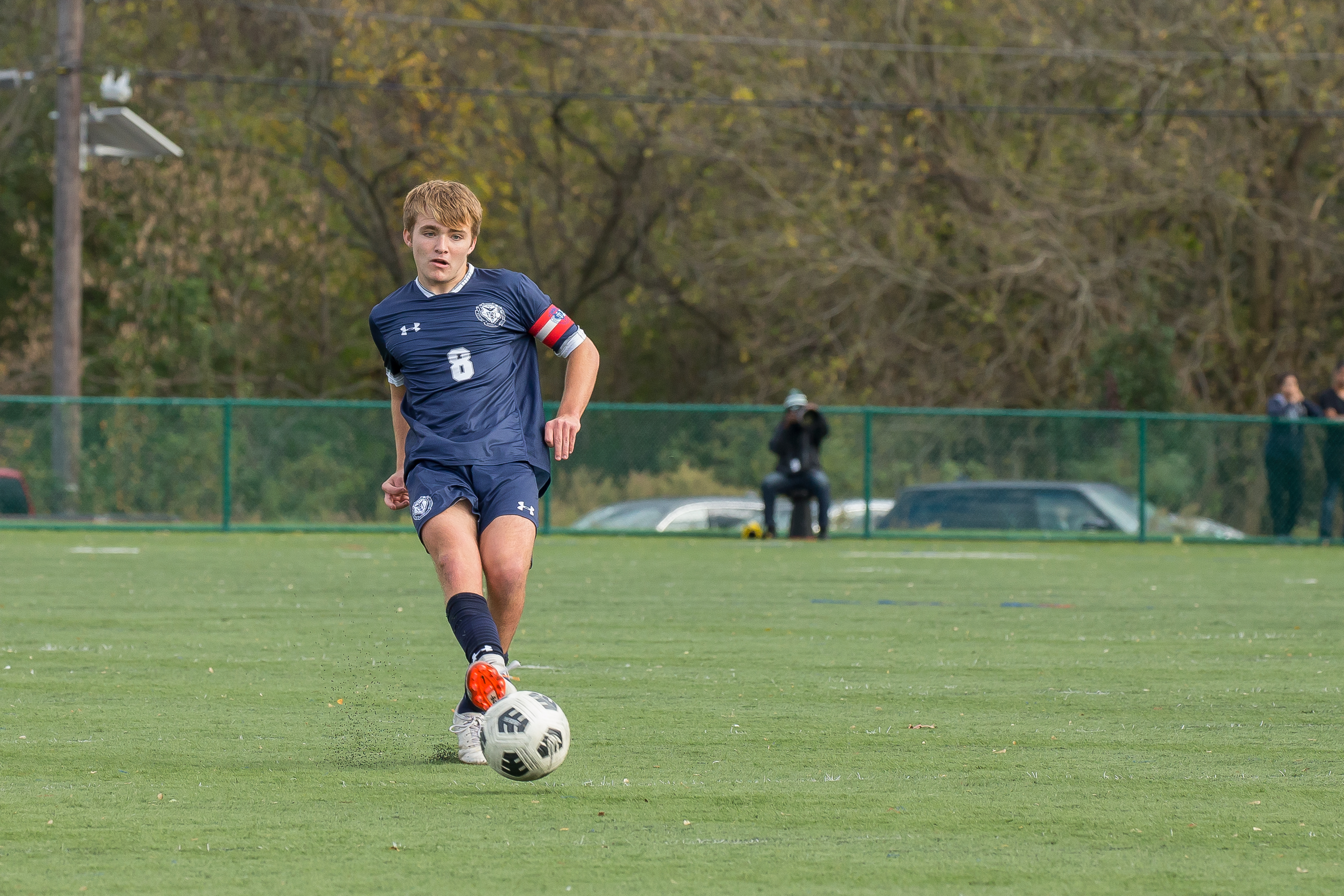 Daniel Yanez '22 will be playing soccer at Tufts University next year and it's safe to say that Tufts is not only getting a great player, but also a phenomenal teammate. Among all of Daniel's achievements in soccer, including multiple all-conference team selections, being named to the Player of the Year Watchlist as a senior, and even standout individual performances like the time he scored 2 goals and 3 assists to help Pingry overcome a 0-2 hole against Archbishop Moeller this past season, he lists "being captain" as his most cherished career highlight.