Not surprisingly, over the course of more than 150 years of Pingry history, the School has amassed some fascinating artifacts. From antique printing blocks to Dr. Pingry’s handwritten documents to school catalogues from the 1800s, they live in the Archives, nestled in a corner room of the Basking Ridge Campus’ C.B. Newton Library, largely hidden from view. Each month, we take pleasure in showcasing one of the more compelling items here, and "flashing back" to a bit of Pingry history.

The Pingry School Archives collects, preserves, describes, exhibits, and makes available to faculty, staff, alumni, and students materials related to the history and activities of The Pingry School.

What began in 2015 as Peter Blasevick’s mammoth undertaking to oversee the development and implementation of Pingry’s digital Athletics Hall of Fame has become (as of 2017) an ongoing effort to care for, archive, and digitize Pingry’s history and artifacts.

What do Pingry’s Archives collect? Everything! But, to be more specific:

As of late fall 2018, Mr. Blasevick has already preserved the Blue Book and The Pingry Review. He is now digitizing The Pingry Record as well as school awards and trophies; creating an inventory of the Drama Department’s photo collection; and working to make more material available to the Pingry community.

Anyone who is interested in donating their archival Pingry material to the School is encouraged to contact Mr. Blasevick.

With a pre-Winter Break SAC assembly unable to take place this year, enjoy some photos from the 1987 event.

Pingry was recently contacted by an author’s neighbor, which has led to the School’s acquisition of photos from 125 years ago.

A Tribute to John Hanly and Convocation
September 25, 2020

Through our video collection, we can enjoy one of Mr. Hanly’s well-crafted speeches.

Digitized slides give us a chance to look back 35 years.

Modifications to Reunion Are Nothing New
May 26, 2020

Our collection of Pingry Reviews shows that the event's programming has shifted from time to time.

Enjoy images from a selection of musicals that Pingry has staged over the past five decades.

On the heels of Valentine’s Day, we share affectionate thoughts from within the Pingry community.

As we add recordings donated by an alumnus, we enjoy comparing past album covers through the decades.

Early photos from Rufus Gunther Day prompt a rediscovery of the day’s origins.

An Admission brochure from eight decades ago shows how Pingry promoted itself to prospective members of the community.

Rediscovered photos show that sailing was a brief part of Pingry history and played a significant role in the life of an Athletics Hall of Fame inductee.

Examples of programs from the past 135 years indicate how the storied event has changed over the years. 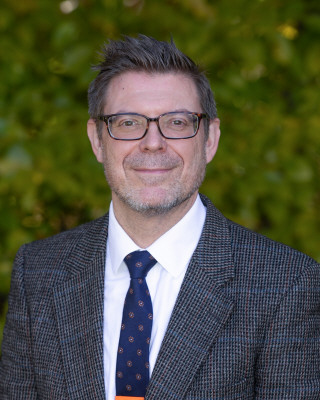